Home > How the Snow Cone Business Made Teens Rich 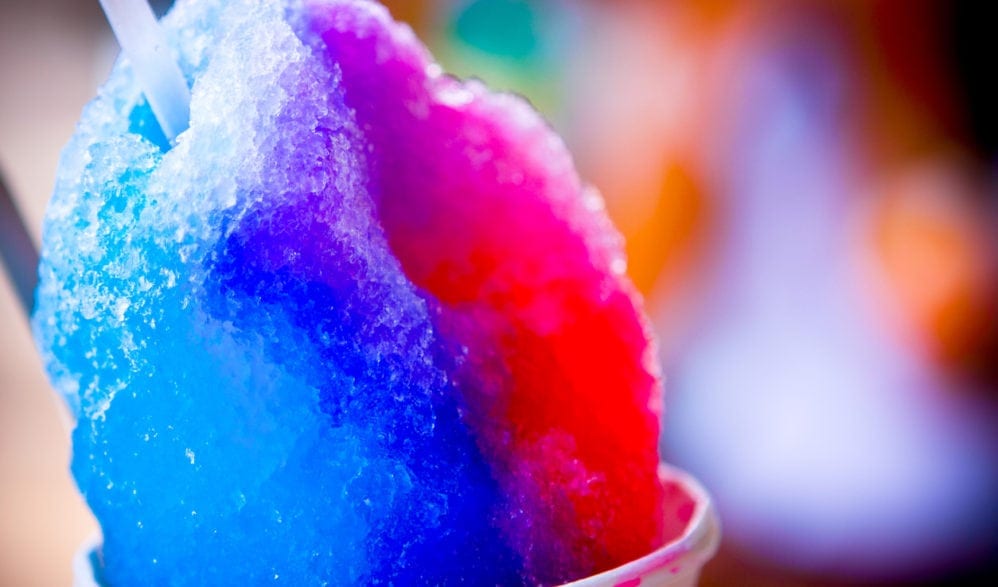 On the hottest of summer days, a vendor’s big earner won’t be ice cream or even bottled water, but snow cones, and by a wide margin at that.

If you aren’t in the snow cone business (yet) you might be surprised. After all, what are snow cones but ice chips with syrup poured onto them?

Anyone who does sell snow cones can tell you that simplicity is their biggest strength. Ice is in easy supply, and aside from the actual cones themselves and an ice shaving machine, your only major expense is the snow cone syrup (which we can get you a great deal on.)

The profit margins on snow cones are so appetizing that a number of highly successful businesses have been built on the back of them – some by literal children!

When Adam and Jonathan Holland were told their parents could no longer afford to send them to their elite private school, the two brothers came up with a plan straight out of a kids movie: they started an artisan snow cone company with premium snow cone syrups from Hawaii.

Though they needed a $4,000 start-up loan from their parents, the boys were able to pay it back and then-some when they made $30,000 in their first year of operation, working only on weekends between April and October. The next year, they made $40,000 gross.

With 10 gallons of product needing only about 32 ounces of snow cone syrups, they were able to sell $3 snow cone servings that only cost 50 cents to produce, making for some gargantuan profit margins.

Not only were they able to pay their tuitions, but they were honoured as Black Enterprise 2011’s young entrepreneurs of the year and received praise from President Obama for their ingenuity.

What better place to sell snow cones than a country where it doesn’t snow?

At least, that’s what Australian teen Chris Buzai thought the summer he graduated from high school when his mother pushed him to start a business as a project over the holidays.

After purchasing a used snow cone machine for $1,100 and acquiring the necessary permits, Chris began to make serious money just working weekends while he went to university, up to $500 on a good day. Eventually he acquired more snow cone machines and employees to operate them at different events.

Today, Snowy Joey is a franchised business that has made over a $1 million in revenue!

Whether you’re inspired to get into the snow cone business or need to stock up on supplies for the summer months, Wonderland Food & Equipment has everything you need from ice-shaving machines, cups and a variety of premium sno-kone syrups and Jolly Rancher Slush. After all, we are one of Canada’s largest fun food distributors!

As the temperature gets higher, keep your costs low with our selection of sno-kone equipment and supplies!