Home > Is a Hot Dog a Sandwich? 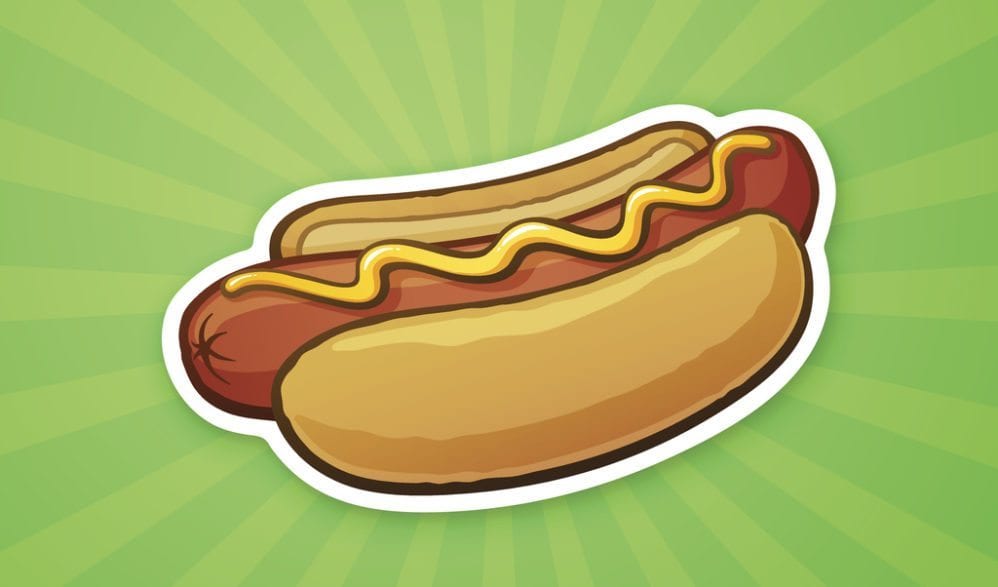 The hot dog sandwich debate is one that has raged back and forth on the internet for years, with both sides raising compelling points. Yet there’s still no definitive answer to the immortal question: is a hot dog a sandwich?

Of course, one could argue that hot dogs don’t fulfill that definition as they’re technically one piece of bread wrapped around a piece of meat. However, Colbert’s counter-argument in his interview with Ginsburg was the fact that a submarine is also one piece of bread, yet is still considered a sandwich. It was this surprise slice of evidence that led the judge to rule in sandwiches’ favour.

According to the USDA’s same handbook, foods like hamburgers, hot dogs and burritos are classified separately as “sandwich-like,” i.e., not actually sandwiches.

According to the National Hot Dog and Sausage Council, while the beloved concession stand favourite was originally known as the “Coney Island Sandwich” or “Frankfurter sandwich,” it has risen far from its humble roots and now stands on its own two feet (or rather, footlongs).

“Limiting the hot dog’s significance by saying it’s ‘just a sandwich’ category is like calling the Dalai Lama ‘just a guy.’ Perhaps at one time its importance could be limited by forcing it into a larger sandwich category (no disrespect to Reubens and others), but that time has passed,” NHDSC President Janet Riley said.

“We therefore choose to take a cue from a great performer and declare our namesake be a ‘hot dog formerly known as a sandwich.’”

Where does Wonderland Foods stand on this contentious topic you might ask? Is a hot dog a sandwich?

To be “frank,” we don’t care what you call your hot dogs so long as they’re grilled to perfection and served with every condiment we can imagine.

Call it a cop-out response to the Great Hot Dog Sandwich Debate, but we can’t hear you over the sound of these babies sizzling.

Hot dog season is coming! Make sure you can supply your customers with all the hot dogs/hot dog sandwiches they can handle with the help of Canada’s most trusted distributor and dealer of leading fun food manufacturers.

Check out our stock today!